We can change our minds in the course of two decades. So when the Oxford editor suggested I add a couple of chapters for a new edition, I thought this was an opportunity to set things straight, to present my reconsidered views. I didn’t know what I was getting myself into; I ended up rewriting most of the book, extended the chapters from thirteen to twenty, and increased the book size by a third.

Of major importance was the new research landscape developed through the Internet. For the first edition I had devoted years to reading selected vintage newspapers on microfilm, hoping to find relevant items. Now I enter a name or term into a search engine and in a microsecond am presented with discoveries I could not have imagined, finding Joplin in places where his presence had not been suspected, in circumstances that had long been forgotten. The resulting view of Joplin’s life has more detail and increased clarity, even as many areas remain stubbornly elusive.

We now have a glimpse of Joplin’s pre-ragtime activity as a quartet singer, touring with his Texas Medley Quartette through the Midwestern and Northeastern states, as far as Boston. We know the types of venues where the quartet performed, and some the of music it presented. The Ragtime Dance, Joplin’s first stage work, turns out to have had several earlier versions with highly acclaimed performances. Details of the sabotage of A Guest of Honor, his first–and lost–opera are finally disclosed. Joplin’s wife Freddie gains importance as we see more clues linking her to Treemonisha, his second opera. Joplin’s legacy, the changing attitudes toward his music, and the legal entanglements surrounding his copyrights receive new analyses. Some of the ground covered in my new edition may be familiar, but the added detail and substance greatly enhances the story.

Reviews of King of Ragtime. 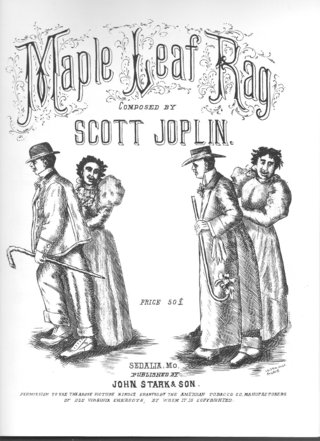